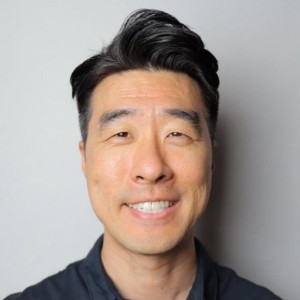 Do You Have An Emergency Fund? Save 3-Months Of Expenses Today!

1) Why You Need An Emergency Fund

How many of us or know of someone who have experienced the following?

♦ Illness or death of a loved one

The probability of a personal catastrophic event is not if, but when.

Water heaters WILL break unexpectedly and someone that we love WILL get sick. In my story about the water heater, I was surprised when I found out that I needed a new replacement. Especially when I found that it would cost me a thousand dollars! But thankfully, because we had an emergency fund saved up it ended up being a minor nuisance instead of a financial disaster.

However, not all people are in a similar situation.

According to Bankrate’s latest financial security index survey, more than a third, 34 percent of American households experienced a major unexpected expense over the past year. However, only 39 percent of respondents said they would be able to cover a $1,000 expense from their savings.

The second most popular answer, with 19 percent of respondents, was using credit card to cover their emergency expense and paying it off over time.

“While tapping savings to pay off an emergency was the most common response, more than a third of Americans would sink into one type of debt or another, potentially harming their financial security,” – Bankrate

This is scary statistic. I challenge you to not be the majority. Prepare your finances so you and your family can weather emergencies that WILL happen.

I recommend you save at least 3 months of expenses. If more the better. But this should give you enough cushion to weather most common emergencies (i.e. broken water heater, fender bender, etc.). Take your average spending in a month that would cover overhead expenses (rent, insurance, food, etc.) and well as some discretionary expenses (clothes, eating out, etc.) and multiply by three.

Another recommendation is that you want your money to be accessible. The financial terminology is “liquid.” The best option is a simple savings account or a money market account. Don’t worry about the interest rate. You aren’t trying to make money from this account. You want to weather unexpected emergencies without derailing your overall life plan.

Having an emergency fund is a smart and sound decision. It makes sense from a very logical perspective. However, longer my wife and I have had it, we noticed that it provides tremendous emotional benefit as well. Emotional health is crucial to overall physical health. By having this financial “cushion,” whenever unexpected events happen, we were able to calmly respond with “oh well, that sucks,” rather than “oh my goodness! What are we going to do!?”

Having aging parents that live with us, I’m constantly bracing myself for the day that one of my parents will become severely sick or incapacitated to a point where they will need more hands on caring. I can never predict when and how, but I know that it will come one day.

The emergency fund helps me to find some level of peace in that thought. If worst comes to worst, and one of us had to quit our jobs to be more available at home supporting my parents and the kids, it wouldn’t be easy, but I know we can weather that storm together.

Do you have an emergency fund? What emergencies do you want to be prepared for?

Who Is Your Inner Circle?

Thanks Money Matters for reading and commenting on my post! Wow~ a month long hospital stay for your wife must have been a challenge. Both emotionally and financially. Thankfully you were able to mitigate your financial concerns due to some great forward planning with the emergency fund! Thanks again for commenting!

We currently have somewhere in the neighborhood of a year’s worth of expenses saved in our emergency fund. It just makes sense for us since my wife has a need for the security of having those funds saved, and now that we have that saved, we can save and invest elsewhere. We’ve seen the need for an emergency fund time and time again over the years when my wife had a massive blood clot (and month long hospital stay), appendix surgery, having two kids, car troubles and so on. Save those emergency funds, or you’ll be sorry!